situated in Kalemegdan Park, the easily recognizable symbol of Belgrade, was erected in 1928 as a symbol of South-Slavic liberty, is the work of the famous Yugoslav sculptor, Ivan Meštrović. Originally, it was supposed to be placed on Terazije Square, but the then rather moral ladies of Belgrade rose against the statue of a naked man, holding a sword in one hand and a hawk in the other. After that, it was placed on a column 11 meters high, facing the confluence of the Sava and Danube rivers, far away from the city center. Nowadays the once victor is in fact merely the guardian of the confluence. 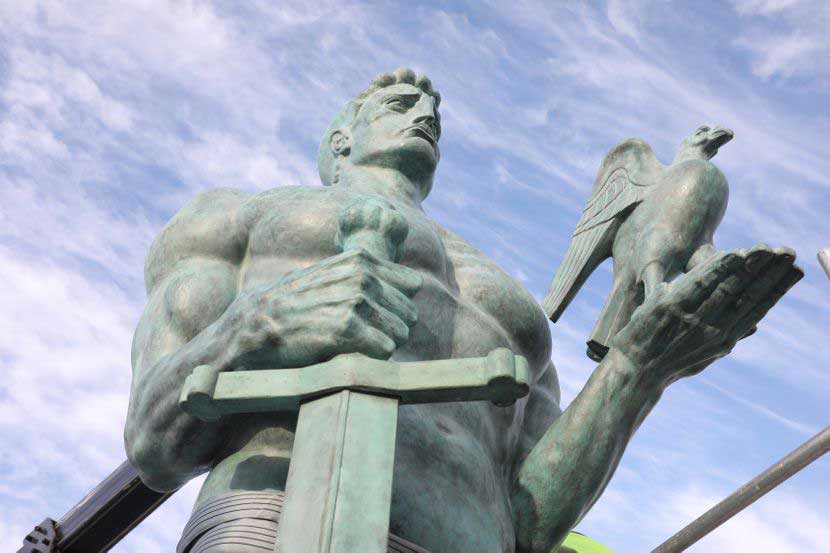 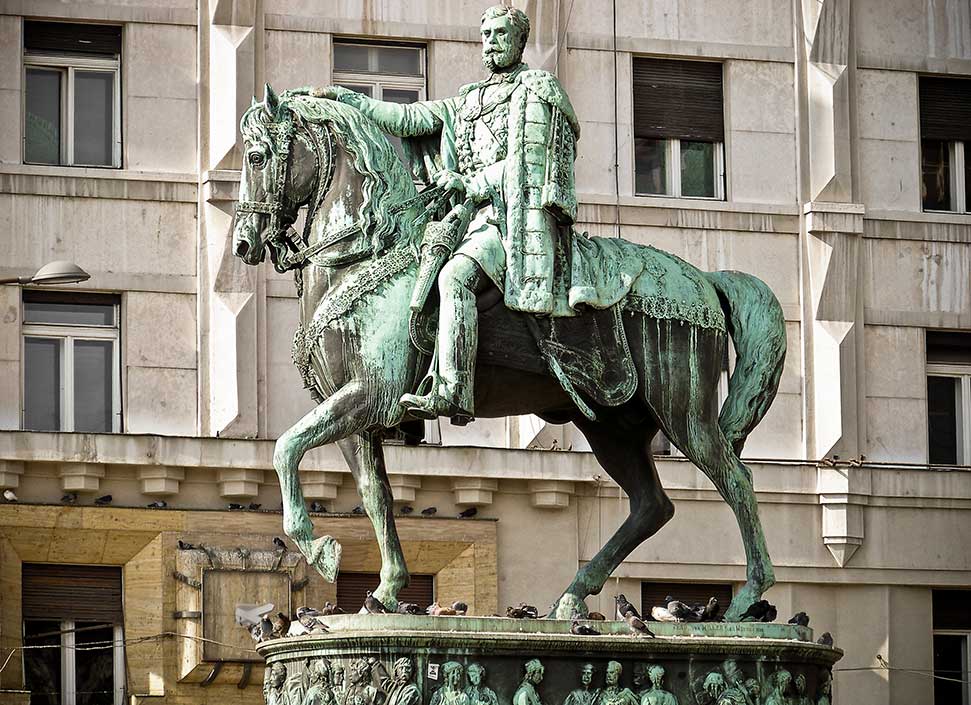 whose silhouette has contributed to the shaping of present-day Republic Square was erected in 1882, to glorify the man who in 1867 made Serbia an independent state after several centuries of foreign rule. It is the work of Enrico Pazzi, an Italian sculptor. For generations this is the favorite meeting point of the young Belgradeans, who persist saying they would meet “at the horse”!

The Mausoleum to the Unknown Hero

out of magnificent granite marble, located on the very top of the mountain Avala, placed there in 1938, on the site where at one time a Medieval Serb Town, Žrnov, used to be. It is the work of the famous sculptor Ivan Meštrović. 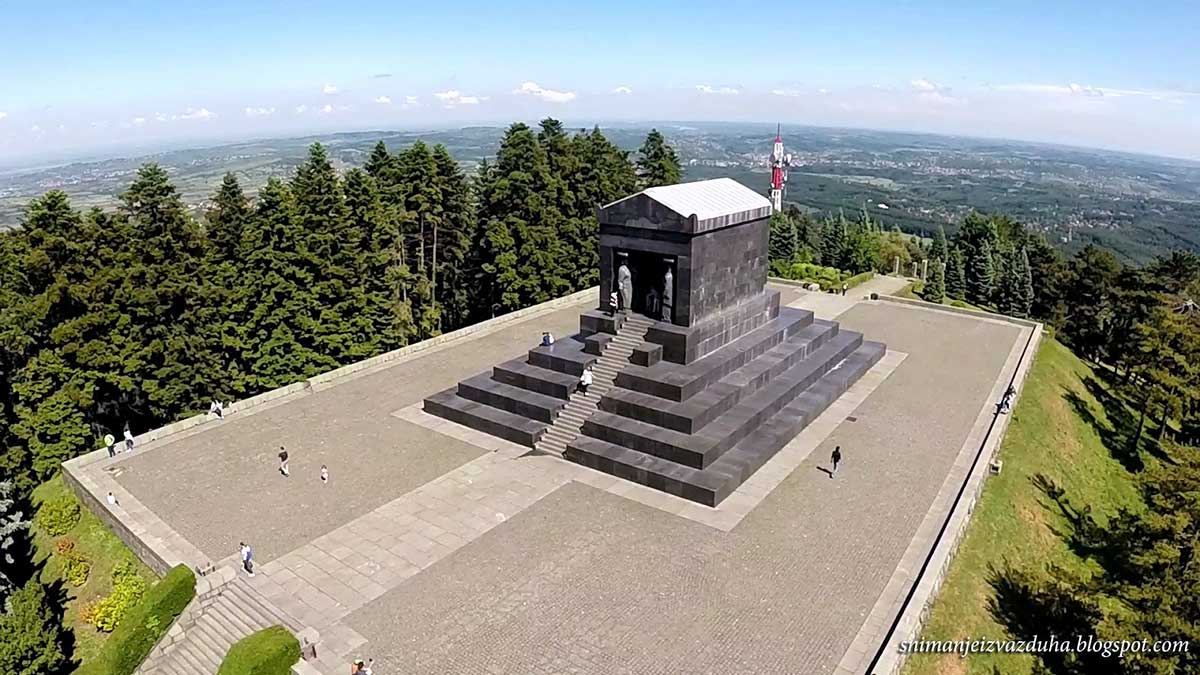 located in Terazije Square, was erected in 1860 to commemorate the rule of Knez Miloš Obrenović. It is the work of Italian sculptor and stone cutter Franc Loran.

The monument to Vuk Karadžić

the great reformer of the Serbian language was erected by the Belgrade municipality on one of the largest city squares. It represents a figure both humble and monumental, just as Vuk was, humble as a person, magnificent and inimitable as an author. 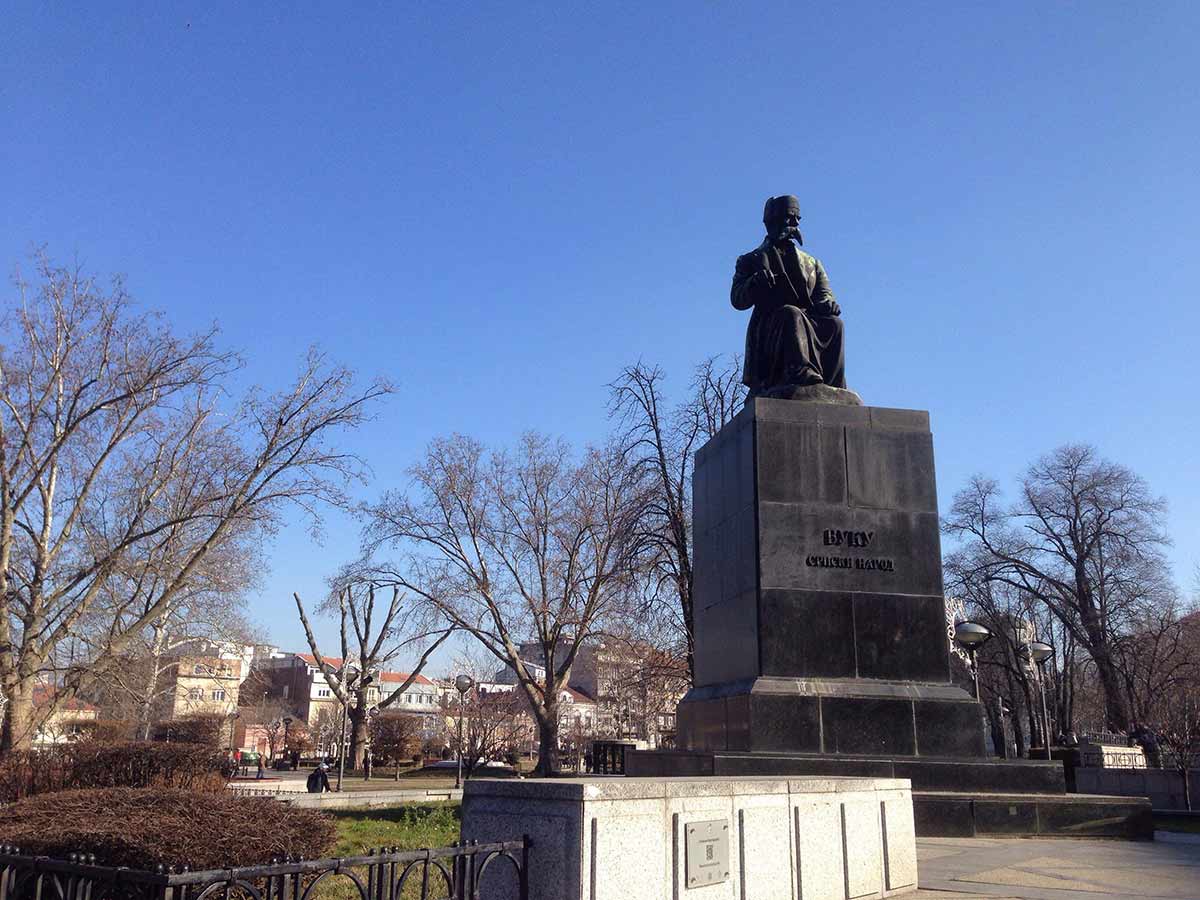 the greatest Serbian and Yugoslav writer of the 20th century and Nobel Prize winner for literature, is located in-between the buildings where he had lived and the Presidency of Serbia. As a sign of respect and in memory of the long-time fellow citizen, the monument was erected to mark the one hundred year anniversary of the birth of this great man, thinker, writer, and diplomat.

The Monument of Gratitude to France

located in Kalemegdan Park, the work of Ivan Meštrović, was erected in 1930 to express friendship, mutual assistance and cooperation of Serbia and France in WW1. The bronze monument represents a sculpture of a naked woman holding a sword and symbolizes France’s Marianne running to help Serbia. 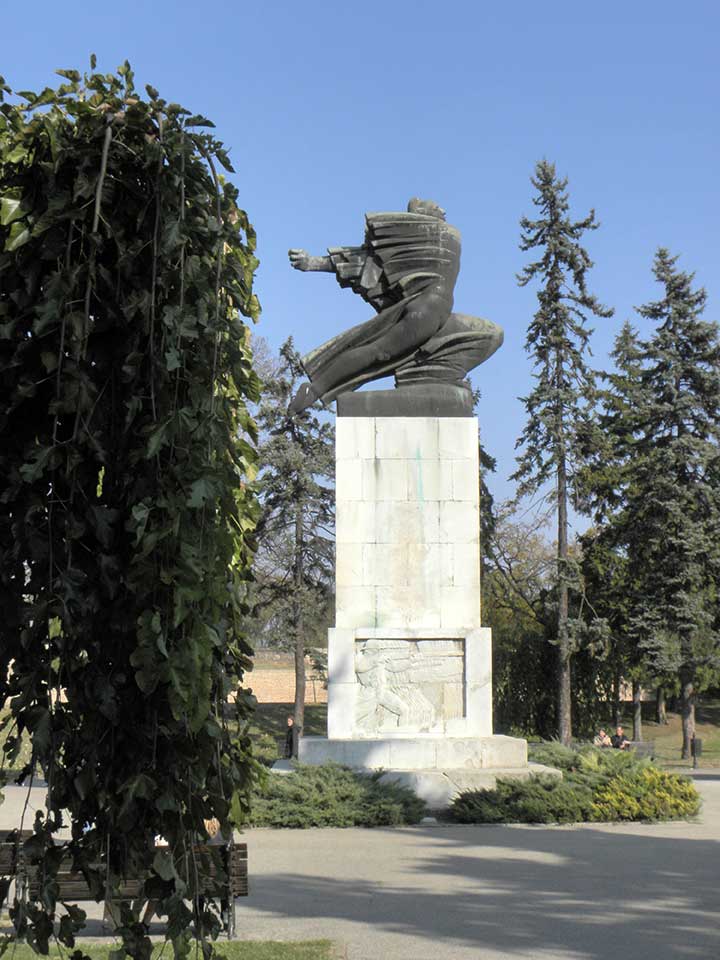 The Monument to the liberators of Belgrade in 1806

situated in Karadjordje’s Park, the oldest monument in Belgrade was erected in 1848 by Knez Aleksandar Karadjordjević, to commemorate the liberators of Belgrade in the First Serbian Uprising.