Belgrade is, of course, a Christian Orthodox city. The rich history of Belgrade makes it easy to conclude that, on its territory, there was perhaps the most complicated religious structure in Europe. The presence of many houses of worship and religious communities, their mutual respect make Belgrade a true cosmopolitan city. Now here there are 40 Orthodox churches, 4 Catholic ones, one mosque and one synagogue.

No matter from which side you approach the centre of Belgrade, the monumental St. Sava Temple will appear before you, on the Hill of Vračar, one of the largest Christian orthodox temples in the world. According to the legend, the Temple was erected on the spot where, under the Turkish rule, the relics of St. Sava were burned. St. Sava, born as Rastko, son of Grand Duke Stefan Nemanja, who lived in the 13th century, is the most important Serbian holy person, the first Archbishop and the Founder of the Serbian Orthodox Church in 1219, so we now celebrate 800 years of its existence.

A special place in the city map has the Congregational Church of the Holy Archangels, on the Sava slope and, across the street, the Patriarchy of Serbian Orthodox Church. The Congregational Church has one of the most representative classicistic iconostases, from the 19th century. The church contains the crypt of Prince Miloš Obrenović and his sons Mihailo and  Milan. In front of the entrance to the church are the graves of Dositej Obradović and Vuk Karadžić, the great Serb educationists. Every Sunday, during the liturgy in this church, you may hear the excellent choir of the First Belgrade Singing Society.

The Catholic round-shaped Church of St. Anthony of Padua stands out, in the city district called Red Cross. It was built in 1932 under the project of the most famous Slovenian architect Jože Plečnik, while in 1955, the huge statue of the saint, made by the famous Croatian sculptor Ivan Meštrović, was placed on the main altar. The same foundations were used for the construction of the first tower. In 1962, the tower was completed. Because of the weight of the additional structure, the tower leaned by 45 cm. This round-shaped construction reminds some people of the Leaning Tower of Pisa. 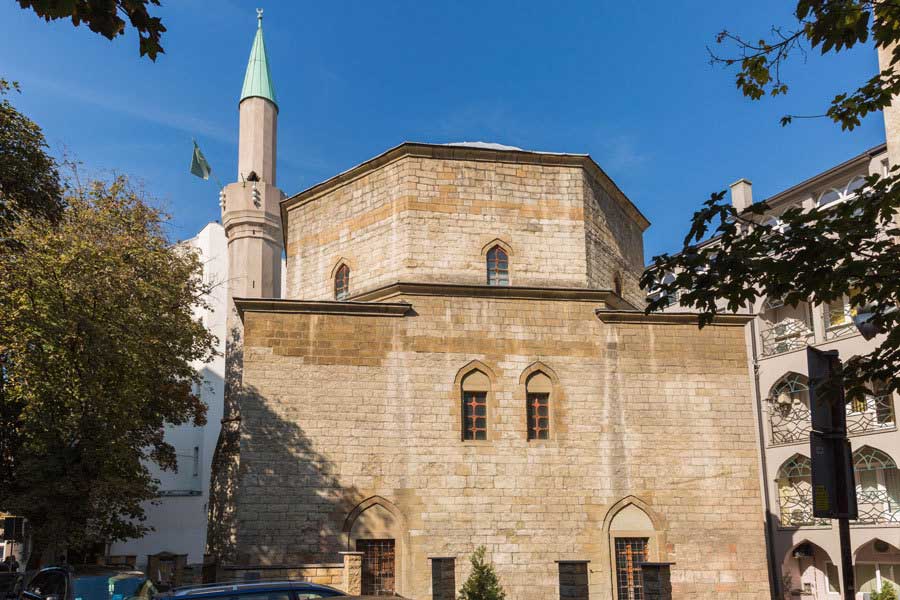 Bayrakli Mosque in Dorćol district has remained in Belgrade as a remnant from Turkish times, only one out of the 95 existing under the Turkish rule. If you go down the Danube slope from Knez-Mihailova Street, you will easily find the slender waits of its minaret. Under the Austrian rule, it was turned into a Catholic Cathedral. When the Ottoman Turks returned, its original purpose was given back to it. Towards the end of the 18th century it was named Bayrakli Mosque, after a baryak (banner) used to mark the beginning of the time of prayers in all the mosques. There are tens of thousands of Muslim believers in Belgrade today.

The only Jewish temple that is still active in Belgrade is the Ashkenazi synagogue Sukat Shalom in Maršala Birjuzova Street. It gives Sephardic service, since there are few Ashkenazi Jews left in Belgrade. During World War II the Germans turned it into a brothel. Thousands of Jews were killed by Nazi Germans by using, for the first time in human history, special lorries in which tens of Jews were poisoned by gas while taken from the concentration camp through Belgrade downtown to their mass graves under Mt. Avala. In addition to the service, weddings and other ceremonies, they also organize all activities of Belgrade Jewish religious association. 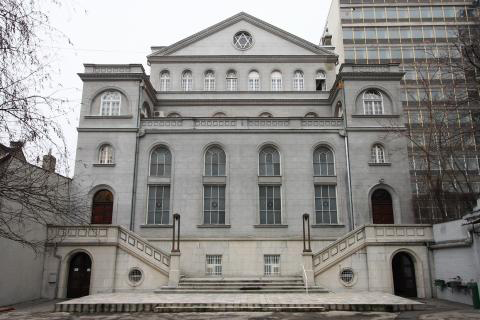