Belgrade (Beograd) is the capital of Serbia, having nearly 2 million population.It is located in the south-east of Europe, in the Balkan Peninsula, in northern central Serbia, at the confluence of the Sava river to the Danube, surrounded from three sides by autonomous province of Vojvodina. It is one of the oldest cities in Europe and since ancient times it has been an important traffic focal point, an intersection of the roads of Eastern and Western Europe.
Belgrade is the capital of Serbian culture, education, science and economy. As a result of its tumultuous history, a lot nations have been living in Belgrade for centuries, and Serbs of Orthodox Christian religion are the majority of population (90%). The official language is Serbian, while foreigners are recommended to use English in communication.
Belgrade lies at the crossing of the communication lines between Eastern and Western Europe, on the Balkan Peninsula. It rises on the banks of the rivers Sava and Danube running along three sides of the city. The old part of the city with the Belgrade Fortress stands on a rock ridge between Sava and Danube, while the new part has spread all around, to the other banks of the rivers, covering the view with modern buildings, with New Belgrade and other parts that show in the best way that Belgrade is a modern city. 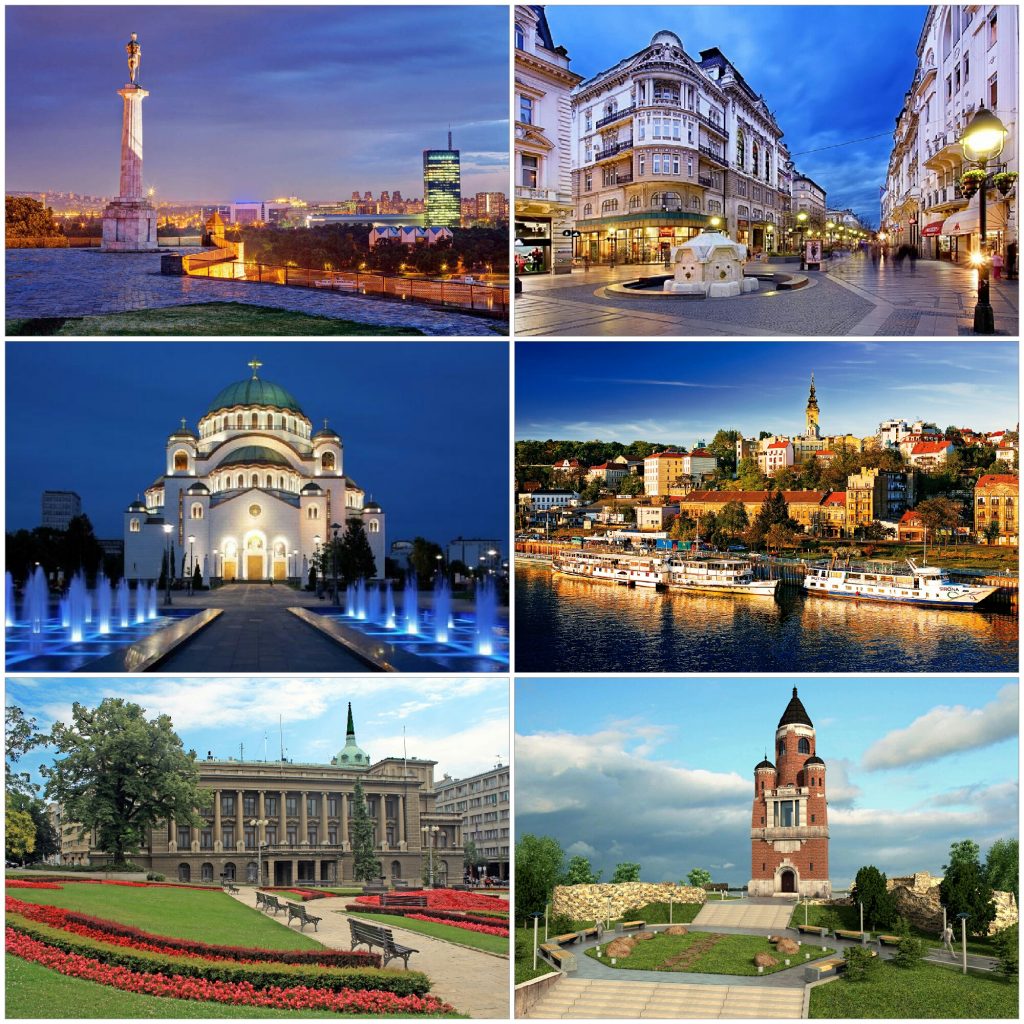 Belgrade has a continental climate, with strong winters and hot summers. This City also combines two different natural settings: the Pannonian Plane with wheat and corn fields to the north, and Šumadija, with its vineyards and orchards, to the South of the Sava and the Danube. The accented relief of Belgrade, to the south of the Sava and the Danube is the reason why this is a rather hilly city.
This is a unique place in the world with such a natural combination of oriental passion and European finesse. Having stood on the path of many conquests going both from the East and from the West, Belgrade has been repeatedly destroyed and rebuilt, and has not the continuity of style and the elegance of similar European big cities. On the other hand, with such long and overall interesting history, it has abundant vitality, sense of humor, curiosity.
The old part of city lies directly at the outfall of the rock ridge and was thereby protected by three sides. The center of Belgrade lies on the right bank of Danube, and on the left bank begins Banat plain with not too dense inhabited suburbs. Between Danube and Sava is the new city New Belgrade and a bit upstream of Danube lies Zemun, in the times of the Turkish wars a Habsburg outpost and today a part of Belgrade.